The first written information found about the Pellinge archipelago dates back to 1441 when Karl, later King of Sweden, wrote a letter to his knight in Vyborg from Pellinge. The main islands of Pellinge were presumably inhabited between 1000 and 1250. The first existing taxation books are from around 1540 and at that time there were as many as 13 houses registered in three villages.
Old photos.

Pellinge Hembygdsförening rf was founded in 1936 by a group of active people from Pellinge. The task and aim of the association is to take care of the collection of historical material from the late 19th and early 20th century in order to exhibit how people in the archipelago lived in those days. At the same as we preserve the Pellinge culture and heritage we also work for an active and vital Pellinge of tomorrow. 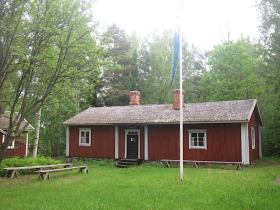 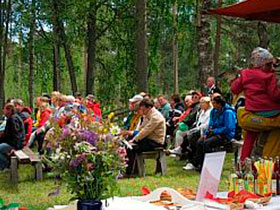 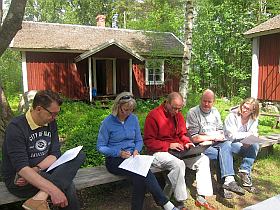 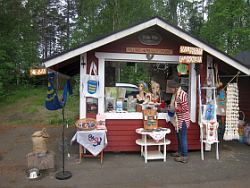 The Museum Hörbergsgården is a house transferred to its current site from the Söderby village. Other buildings belonging to the museum are two houses where boats are kept, a stable, a smithy, a barn and a sheep house.

In 2019, the museum is open on Sunday from 12 noon until 3 p.m. from 16 June until 18 August. An exhibition, with photographs showing life and places in Pellinge in the past decades, is open to the public.

In the small museum shop you can buy books, local maps and nautical charts in addition to locally produced handicraft as well as postcards with Pellinge maritime and nature motifs. Cash payment only.

The association arranges an annual party on Midsummer Day with traditional programme such as folk dance, sing song and accordion music. A buffet with pancakes, coffee etc. is open throughout the event.

On the second Wednesday in July, a childrens’ party is arranged annually with various programme for the kids. A buffet caters for hungry participants.

We also have a stand at the popular Pellinge summer market. There you can buy our publications (e.g. a series of five historical Pellinge books and the current number of the magazine “Pellinge Nytt”, both published in Swedish) and other interesting items related to Pellinge. We also sell vintage postcards as well as modern, folded postcards with nature motifs from Pellinge and views from Klovharun (please see Klovharun below). Mail order also possible through the secretary.

The oldest map of Pellinge found so far was drawn in 1650 - 1651. PHF has been granted the right to distribute copies of the original, which is kept in the National Archive in Helsinki. We have also made a special copy of nautical charts connected to the Pellinge archipelago. We have added useful information on the chart such as stones, shallows, names of islands and other important details. Maps and charts are for sale at the museum and at the summer market. 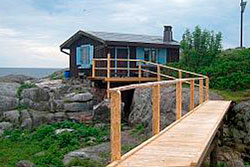 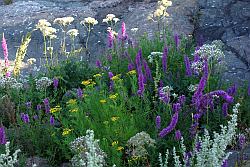 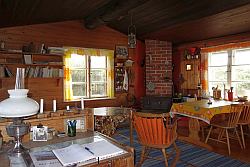 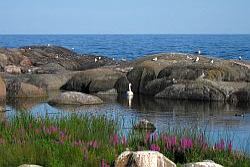